On the Road To Success

“When I met Kimberly, I was at my wit’s end. I was having both financial and relationship issues and had little hope or energy to shift my situation. Working with Kimberly gave me compassion, strength, motivation, and greater clarity about what I really wanted. With her coaching and guidance, my business was revived. Now, I’m on the road to success!” 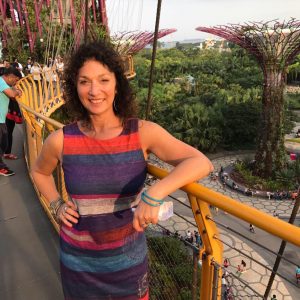 Meet Debra – an intuitive businesswoman who tended to ignore or second guess herself and then often regretted not following her gut.

A lot of Debra’s second guessing had to do with her fears and doubts. She was worried and didn’t trust that everything would be okay. Her business had plummeted, and she’d lost faith in it ever producing financial security. She noticed that she had a healthier attitude about things when she wasn’t so worried about day-to-day survival.

Then came her lack of confidence, which pushed her even further into doubt and worry.

As she described it, she’d been in a better place of mindfulness practice at times in her life, but had fallen off the wagon. She’d not been in touch with her creative side and felt it had been stifled when her world became about survival in the midst of the 2008 recession. Since then Debra had been struggling to get her mojo back and had not been trusting the universe to provide as it once had.

Her goals were simple: wake up excited for each and every day, find renewed enthusiasm for her work, create financial security, practice more ease and relaxation, and find a romantic partner who could meet her financially so they could share adventures together.

To tackle this, I encouraged Debra to get back into a daily mindfulness practice. Within this, she released some of that doubt that was weighing on her and was able to explore where her energy was going, what conversations she needed to have in her business and in her relationship, and how to forgive and let go of the past. This was a pivotal time for Debra as she began to live the highest truth she knew – and saw immediate business progress as a result.

I’ve definitely grown through our sessions together. I feel greater self confidence and sense of self, and know what I want for me that does not sacrifice myself. I am compelled to honesty and compassion toward others that I am in relationship with, whether professionally or personally. Thank you!

Debra’s shifts gave her permission to be who she was and the confidence to trust what she knew. She was able to set new limits and boundaries within her business and her relationships, gain more confidence and a stronger sense of self, and establish an independent, compassion-driven life – with financial security and happiness!