Regardless of the industry you’re in, there’s one aspect of work culture that’s required for morale, high performance, and innovation. Can you guess what it is?

It isn’t coaching as a replacement for performance reviews.

It’s not something you can see, but you can absolutely feel if it’s there ~ and you know when it’s absent.

If your employees feel undervalued, disregarded, or unappreciated, the company is lacking in this essential cultural element.

If the idea of saying “I don’t feel valued” to your boss makes you feel uncomfortable or vulnerable, it is missing.

Maybe you’ve guessed by now. I’m talking about psychological safety, which I would define as the ability to speak up and disagree without fear of any negative consequence.

A lack of psychological safety isn’t an individual’s problem. Many women, even those in high positions of leadership, mistakenly think there’s something wrong with them because of how they feel. (Women often internalize negative feelings and tell themselves that it is all their fault.)

Your boss may be hypercritical and overbearing, but even that isn’t an individual’s problem.  Allowing hypercritical, overbearing behavior to continue is a cultural problem. And unless it’s addressed on the cultural level, nothing will change.

Furthermore, if your employees are in endless meetings, facing never ending to-do lists, or operating in an understaffed environment you can be assured that psychological safety is missing. Let’s be honest: no employee would willingly run themselves into the ground if they had an alternative, and this frenetic pace of business shows them that your business model is built on disregarding their needs. Not exactly a recipe for safety, right? They will find their way out as soon as they can.

Many employers are starting to talk about psychological safety. You might be hearing about it as a stated value of the company. That’s a great start, but embodying it is the real work to be done.

After all, there is a huge difference between stated values and lived values. Sometimes we communicate all the right things ~ like that it’s OK to make mistakes and speak up when we feel that something is amiss ~ but then in a moment of conflict, we judge, label, and unconsciously marginalize others. This shows that psychological safety is absent.

If you want to know if your employees feel psychologically safe, ask them in a completely anonymous survey. If you don’t get 90% completion of your survey, you have work to do ~ regardless of what the survey data shows. Without psychological safety, many people won’t even complete the survey because they won’t trust it to be anonymous and without repercussion.

The reason that psychological safety isn’t embodied properly in the workplace isn’t usually because of a lack of intention. It’s because people don’t fully understand how to translate the concept into practice.

Across the company, if you want to crack the code you’ll need to train employees on how to embody safety in everyday conversations. Conversations, whether face-to-face or over email, are where safety happens. And it is safety, not the lip service of fancy perks, that is the path to high performance. 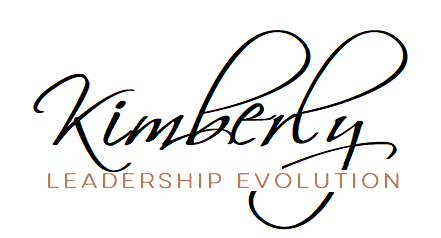 Are you feeling it?

When You’ve Had Enough

Paradox in the Modern World

The Gift of Burnout

Use the button below to book with me!

Set up your subscription using the button below.